While the achievement of 3D representations of game worlds in the 90s is often taken as a logical and rather inevitable shift for the medium, this transfer of spacial representation had as much of an affect on the demographics as it did the internal industry. What has been lost between the cracks of predominant memory of the early 3D period are the design practices which extend beyond analog sticks and drive the internal appeals of games to wider audiences.

As portrayed in most historical accounts of gaming in the mid 1990s, the transfer to 3D was an inevitable jump for the technology and audiences to take. The potential of 3D rendering had been teased as feasible since the beginning of the decade and the simultaneous push of Sony, Sega, and Nintendo into this space was simply taken for granted once the price was achievable. Arcade games such as Virtua Fighter, Ridge Racer, and Tekken primed the pump for the more attentive gaming audience to know what was coming for the future generation. Those few wealthy enough to be on the bleeding edge got Doom on their PC and the 3DO console with it’s smattering of 3D-oriented games. Those that played games extensively would soon orient themselves to 3D in no time and the progression seemed to be exponential from there.

In point of fact though, 3D caused a huge upset in the audience. For those who had only dabbled with games, perhaps owned an NES or Genesis with two games or so, the 3D systems were a sharp declining point in their interest for playing games as a casual hobby. The barriers which built themselves around the unique properties of games were erected not by the business factors like cost but instead the very design of the games themselves. Navigational challenges were chief among these.

Consider a platformer, even a more complex one like Mega Man. For the gamer who has no sense of strategy, they need to only understand the challenges moment to moment rather than what way they’re headed. You can go left in Mega Man, but there’s no confusion on where to go. The screen to screen perspective makes the limits of the world very simple to understand. The games which featured more sprawling worlds and difficult decisions in the 2D era tended to not be popular with a larger demographic, at least in the United States. Japanese Role-playing games were infamously resilient to broader appeal and even those games tended to restrict direction in most circumstances. It was not until this 3D era that the most popular titles were the ones which required spatial awareness to even find the enjoyment within them.

I (the author) was never born into a world without polygons and sprawling landscapes in all directions. My bread and butter were the true 3D games like Super Mario 64 and the psuedo-depth isometric games like Diablo II. It is apparent though from observation that a large amount of the only semi-interested gaming populous were completely disenfranchised by the increase in complexity presented by these games. While core gamers who stuck through the transition bemoaned how they didn’t like how Mario felt, their minor complaints were echos of a greater dissatisfaction with the new barriers which now existed to prevent getting to the ‘action’ part of the play. Exploration simply wasn’t appealing to a large base of these casual players.

Prudent observation though will see that gaming as a whole did not decline in this period, which is true. While this silent majority had a tendency to drop from the hobby, two other factors would influence the sustaining growth of gaming from that point forward. First, a whole new generation of players which were provided with an opportunity to play games of all types early, thus not be set in their ways about how games ‘should’ work (like myself). Second, the most popular platform of the era, The Sony PlayStation, hued greatly towards games which only paid lipservice to the new approaches of 3D worlds. Part of this was a technical limitation, being less capable of creating larger 3D spaces as the N64, but it is hard to not see the single axis focused design of games like Medieval, Twisted Metal, and Crash Bandicoot. While no doubt the games had changed in other ways, familiarity on this new platform with the added bonus of still seeing the new marvelous graphical leap was a positive that Nintendo and Sega failed to take advantage of.

I would not say that until The Sims was this problem truly tackled in a serious way. The perspective, objective, and understanding of the world of The Sims provided clear boundaries to work within while also allowing someone to define the space themselves. Knowing that as experienced players we see the camera system as very rudimentary and not very fluid is precisely the point of it’s acceptance: It’s very obvious and intrusive. The casual player requires being explicitly mollified to ‘gamey’ elements so that they might become acclimated to these things, rather than starting from ground zero.

Narratives of video games are very concerned with a forward progress. It frames discussions of virtual reality, of new platforms, and of course the expanding reach of video games to larger demographics. Forgetting this crucial step in the changing tides of the playerbase can lead game designers to forget what the impact of their decisions may have upon certain demographics. Certainly unintentionally, yet in the world of mass market video gaming, these are all important considerations that should not become a Lost History. 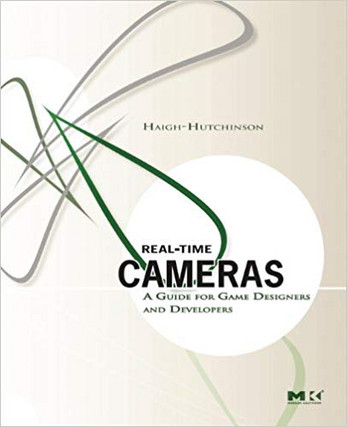